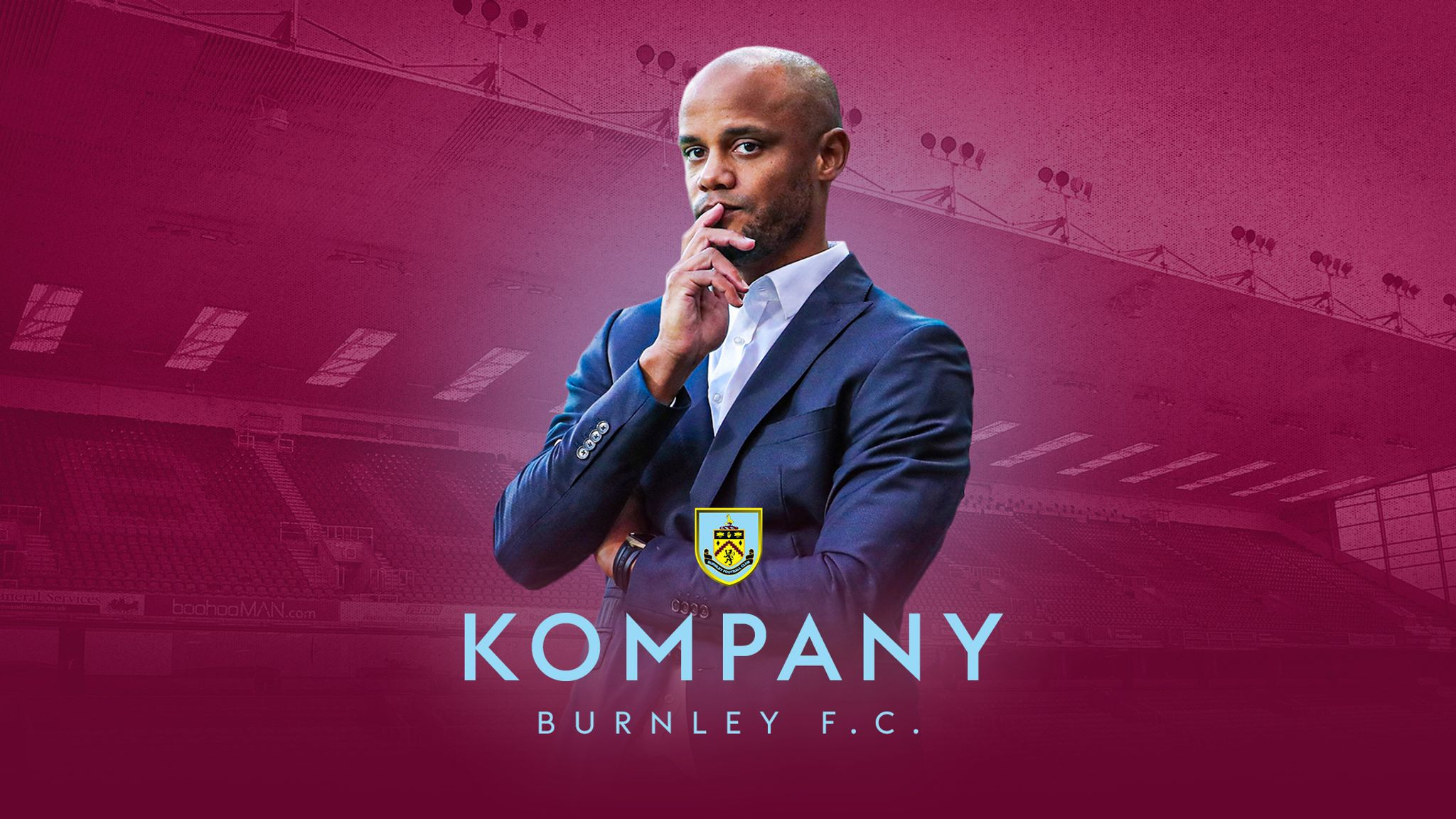 Burnley have confirmed the appointment of former Manchester City legend Vincent Kompany as their new manager.

The defender left Belgian side Anderlecht last season and has now decided to take up the management job in the Championship after Burnley’s relegation from the top flight in 2021-22, and will be tasked with immediate promotion.

He replaces Sean Dyche, who has been axed in the last campaign, after spending10 years at Turf Moor.

Burnley announced Kompany’s arrival with a video showing a timeline of their previous managers dating back to 1894, before revealing Kompany as the new man in charge at the end of the clip.

After officially putting pen to paper with the Clarets, Kompany said his focus was forging a ‘winning team’ to ensure the club bounces back to the top flight, and create a new future after becoming something of a ‘yo-yo’ club in recent years.

‘Burnley Football Club is a truly historic English side and it is an honour to be appointed first-team manager,’ he said. ‘I’m excited by the challenge ahead.

‘I’m looking forward to getting to work with the players and creating a positive, winning team for our fans when we return to Turf Moor.

‘I’ve been impressed by the Board’s vision for the clu’b which aligns with my own and I look forward to playing my part as we enter an important season.’

Burnley chairman Alan Pace called Kompany a ‘proven leader’ after captaining Manchester City to four Premier League ***les and said his work at Anderlecht had impressed many of Burnley’s board members.

‘Vincent has shown impressive credentials in leading one of Belgium’s biggest teams back to European football and a Cup Final last season and we’ve been excited by his philosophy, approach and ambition for the Club.’

Kompany spent three years managing his boyhood club Anderlecht, where he first joined as player-manager after ending his decade-long spell at Man City.

He finished eighth in the Belgian Division A table during his first season before becoming a full-time boss. He came third in back-to-back seasons and finished off with a 45 percent win rate after 92 games, 42 wins, 32 draws, and 18 losses.

Who is Mobeen Azhar’s spouse, and when did they tie the knot? The BBC Presenter’s Facts

Who is Mobeen Azhar’s spouse, and when did they tie the knot? The BBC Presenter’s Facts

Tottenham’s £17million target has now been offered to Manchester United